Let’s face facts. ­Streaming technology is the way of the future. You want content when you want it and traditional TV just isn’t cutting it anymore. When streaming services like Netflix and Hulu started out, entertainment executives and consumers alike brushed them off as if streaming was a silly fad. Industry execs did the same with the internet and email too…look where we are now! 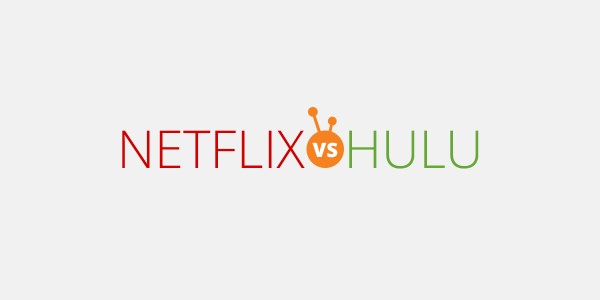 You’re not an industry exec, are ya? No, of course not. You’re someone looking for the show you want to watch and you want it now! So listen up here! Both services offer the same great streaming performance, but differ just enough that you may have to select one over another, Netflix or Hulu. Perhaps you can splurge and signup for both. If so then ­go for it!

If not, however, there are some important differences between the two services take a look below and see whether Netflix or Hulu meets your viewing habits.

Netflix originaly started by mailing you DVD discs (remember those?) back in 1997. When hard media went the way of the dodo, they invested deeply in contracts and agreements with networks to syndicate their shows. The networks get paid for really old shows and Netflix gets the membership money from you and me and doesn’t have to show ads; win­ win!

Netflix enjoys a massive catalog of movies, television shows, documentaries, stand up comedy specials and more. In March 2015, the Netflix catalog stood at approximately 14,000 titles, nearly all of which are available in the United States. On the other hand, Netflix tends to get those titles much later that Hulu. For example, the latest episode of Family Guy is from Season 12, which originally aired in September of 2013. That’s not exactly fast.

On the other end of the spectrum is Hulu, which is a joint­ venture between NBC, FOX, ABC and the CW. It was developed as a direct response to Netflix and features network shows and made-­for-­TV movies the next day after air. That’s speed, kids. Unlike Netflix’s ad free structure, Hulu does have select advertising while shows are playing, however they tend to be far shorter than when a show originally airs.

In recent years, Netflix has stepped up to the plate, offering inventive and engaging original programming, like House of Cards, Orange is the New Black, Daredevil and Arrested Development to name a few. If these shows are important to you, remember, you will not find them on Hulu, just like you won’t find the latest episode of The Blacklist or Grey’s Anatomy on Netflix (but the back catalog of many series is available on Netflix). In essence, if you’re stuck only choosing one of these services, this is the most consequential choice. 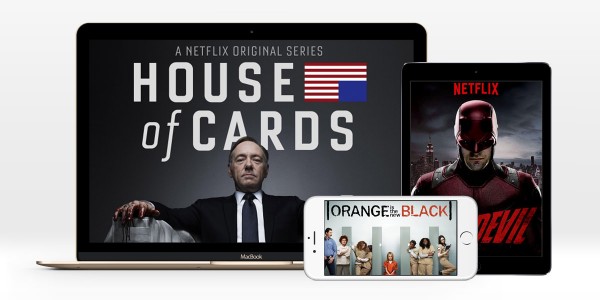 This one’s pretty big too. Netflix is available in 80 different regions (with many of them sharing the same catalog), while Hulu is available in the United States only. If your kids can only sleep with a brand new episode of Modern Family playing in the background, then you cannot watch the newest episode of Shark Tank in your TV room at the same time, because Hulu only supports one screen at a time. Netflix, based on the package you choose, can support anywhere from one to four screens, so if watching your Kung Fu movie from Korea while your kids nod off to a Disney flick is important, Netflix is your answer.

What it really comes down to is this: Netflix has more, but Hulu gets it much faster. Which is more important to you? Is gossiping around the water cooler about the latest The Bachelor critical for you, both professionally and personally? Hulu’s your answer. Big fan of obscure Kung Fu flicks that you can watch after you pop the kids in bed? Netflix.

Last but not least, Hulu has commercial breaks during playback, which can sometimes be annoying if you are binge watching because you WILL see the same commercials. Netflix however doesn’t have any commercials at the moment – some rumors say it could change in the future but let’s hope not.

How did I choose you ask? Why, I just bought both!

* By signing up for Showtime’s new streaming service via Hulu, you can get the service for $8.99/month instead of $10.99.
** Ultra HD also available
** playmoTV currently supports 8 different Netflix Regions
*** Keep in mind that ‘titles’ means a single show/movie, so a title, like Family Guy, may have hundreds of episodes within it.